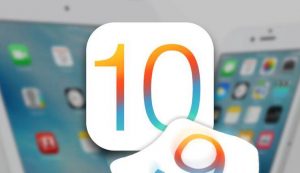 The iOS 10 is destined to become the smartest operating system on the planet.

Apple’s iOS 10 has arrived and it will bring a ton of new features to your new (Apple) smartphone device.

The new operating system from Apple will be installed on all Apple devices across the world. Apple iPhone owners will be able to enjoy some unique features on their smartphone device, that have never been experienced before.

The more savvy of smartphone owners signed up for the beta version of the new operating system long before the official release date.

But now the new iOS is available, in all its glory, to anyone and everyone who owns an Apple mobile device.

But before you get your hands on the new iOS 10, and possibly mess it up, here are the top 9 new features which we think will make your iOS 10 adventure all the more satisfying.

The same holds true for the home screen as well. Apple smartphone and tablet owners will be able to interact with more comprehensive notifications on their home screens. Actions such as replying to a message or observing the status of your Uber ride or even more information on a particular news alert will be much easier to perform.

The new operating system from Apple will also bring other new features such as Raise To Wake. This feature automatically shows you all your notifications the moment you pick up your smartphone for use.

You might think that these features aren’t necessarily revolutionary, but in terms of day to day activities, minor updates like the Raise to Wake one do make your life easier.

The Raise to Wake feature will also address other effects, negative mainly, of the new fingerprint scanner.

The fingerprint scanner might make operating the smartphone device just a bit quicker but it comes with a rather annoying side effect.

The fingerprint scanner sometimes unlocks the iPhone when the user activities the home button in an attempt to light the screen. Sometimes this action also clears notifications and alerts.

With the Raise to Wake feature, users won’t have to press the Home Button and hence won’t lose their important meetings and reminders. 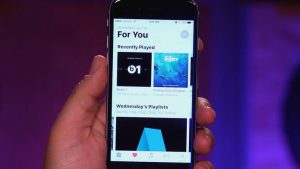 Siri will help you with lots of things. Upgrade to iOS 10 to know more.

Your greatest assistant on earth (assuming there is no other smartphone manufacturer apart from Apple) will be able to communicate with more applications on your smartphone device.

If you have had an iPhone for a while now, you would know that even though Siri was an immensely helpful smartphone companion, it was very restricted in the sense that the machine assistant could not interact with many of your applications.

In fact, the only applications with which Siri was able to work were Apple’s native applications such as Messages and Email.

Now, because of iOS 10, Siri will be compatible with other applications as well. In other words, users will be able to call for an Uber ride, send messages through WhatsApp and seek photos on through services like Pinterest.

Some sources have also indicated that Apple might bring in some new updates where users will be able to pay their employees using nothing by the sound of their voice using Siri. Apple though hasn’t made any official announcements regarding that feature.

The new operating system from Apple will bring incremental improvements to a lot of other iPhone features such as the QuickType feature.

Now, users will not only get suggested words and answers based on context while they type out their messages and emails, but they will also be able to extend that functionality to a lot of other areas.

For example, now if someone wants to know your location via text or email, you’ll be able to communicate that information using Siri. In other words, Siri can send your location to other people.

A more relevant example would be when you receive a message such as “What is John’s email address”, Siri will be able to pick up the message and will offer to send the required information to the relevant person with the help of a single tap.

4- New iOS 10 Features Will Enable Users To Control Their Homes With Home.

Apple’s iOS 10 will ship with a brand new Home app which will allow users with smart gadgets in their homes to control them more comprehensively and easily.

Currently, there aren’t a lot of people who have bought electronics such as the internet enabled cookers, refrigerators, bulbs (lights), door locks and other pieces of equipment that may utilize thermostats.

But of course, they will become ubiquitous in the future. Reports have already shown that the internet of things is fast becoming a worldwide phenomenon. Simply put: in the very near future, almost all of our devices would be connected to the internet.

John Lewis, which is a department store company that operates in Great Britain, is aggressively marketing “the internet of things.”

The Home app, which is being rolled out with iOS 10, will be able to control all of these appliances and more.

5- Apple’s iOS 10 Will Have Smarter Maps

Users will be able to get a lot more stuff one with the help of Apple’s Maps in iOS 10. The reason is that Maps will now be able to share data with other apps.

In other words, users will get more than just directions when using Maps.

So if you want to plan a meal, then Maps will now be able to help you,

If that doesn’t amaze you then you should either check out other smartphones  such as Samsung Galaxy Note 7 or continue to read the next few “new” features of iOS 10.

Since most, if not all, of us use a smartphone for most of our photos nowadays, it becomes quite burdensome to organize such a huge collection of photos and videos on your smartphone device.

Technologies such as facial recognition, now, can help you group your photos based on the people that are present in those particular photos.

But the new iOS 10 goes one step further than that. Now, your Photos app will be able to tag other objects like trees, sea loungers, sun loungers and footballs as well.

Not only that but the application, a bit like Google Photos, will also organize your photos according to what you are doing in those photos and with whom.

The obvious advantage of this ability is that the application can suggest better photos for themed occasions such as holidays or sports. 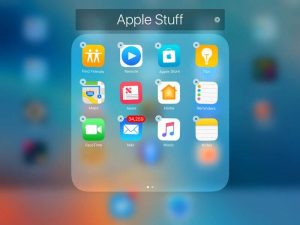 The new iOS 10 is coming with an update news section and an upgraded Messages application.

The News app in iOS 10 has about 2000 publications and that includes the likes of The Sun and Co.

The app will also feature a new section called For You. This section will split up your news into different topics. It will then split those topics further into categories such as top stories, sports, tech and entertainment rather than showing them all to you in one long feeds page.

The News app in iOS 10 will also have the option to subscribe to magazines,journals, and other paid services.

Okay, this feature might not be of much use to a lot of people who own an iPhone. But we simply cannot ignore the fact that some people, still, uses their iPhones to make phone calls.

The new iOS 10 has a voicemail transcription service. This new feature enables users to see which people want them for a meeting at what time.

With the new iOS 10, you can also call from other online services such as WhatsApp and Viber. WhatsApp will now come built into the Phone app with iOS 10.

With iOS 10 users can just pick up a normal phone call, use Facetime or select WhatsApp as their primary form of communication with other people.

9- Messages With More Options For Emojis

Without a doubt, most people now communicate with other people by using a smartphone. Not only that, people primarily communicate through messages i.e the text format.

Apple’s iOS 10 has upgraded the Messages application just for one purpose: so that people can become more efficient at what they do the most on a smartphone device.

Now the Messages app can show previews to “rich” links. In other words, when you send a website link or a Youtube video to your friends/family, the application will automatically show a preview of that link/video.

Of course, now that the beta program is over, there is no need to go into the detailed process of upgrading your iPhone or iPad. But if want to have a crack at it then go here. Go here if you want to know the beta process.

The only that is required of you now is patience. You will need to wait until your device automatically gets the update.

When that happens, your Apple device will show you a notification and then you’ll have the latest iOS version in the at the tip of your finger.

Of course, you will need to agree to usage terms and condition in order to update your Apple device.

Must I Have An iPhone 7 To Experience iOS 10?

No. On the contrary, Apple will release the new operating system for most of its modern devices.

The new iOS 10 will be rolled out to you if you have an iPhone 5 or any other subsequent iPhone models.

You will also get the update for free if you have a 4th generation iPad. Sorry, no candy for those who have the older devices.

As far as iPad Mini goes, you’ll only get the update if you have iPad Mini 2 or something newer.

Are you ready for the new iOS? Which features are you most excited about? Have you experienced any problem upgrading to the new iOS 10?

Do let us know your thoughts and opinions using the comments section below.
And don’t forget to subscribe if you want to stay updated with the latest iPhone and iOS news.