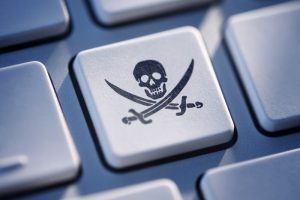 As far as law enforcement agencies are concerned, torrent sites have proven to be a tough nut to crack

KickassTorrents’ owner, who goes by the name of Artem, was arrested in Poland on Wednesday in Poland. He was (and is) thought to be the key figure behind the multi-million dollar a year business that was KickassTorrents. When the website was operational that is.

The police locked him up and shut down his website that had been racking up 55 million unique visitors a month.

No. Not yet at least, because someone has already managed to make a KickassTorrents clone that users of the old site can log into and download stuff from.

The fight between KickassTorrents (and torrent sites in general) and law enforcement agencies has become a game of whack-a-mole, to be honest.

As soon as copyright protection authorities take down one torrent site, another one appears within 24 hours to keep the business running as usual.

KickassTorrents, after being shut down for less than 24 hours is back. But only partially.

Another hugely popular torrent link site IsoHunt, in the name of brotherhood, has managed to build a mirror site for KickassTorrents. You can access that website by searching Google (or DuckDuckGo if that’s your thing) with the term “KickassTorrents mirror website access address”.

In a report released by Venture Beat, it was revealed that the mirror website for KickassTorrents will not be able to support many of the features for which KickassTorrents became famous. Namely, the forums feature.

The report from Venture Beat also stated that the mirror site for KickassTorrents has only hosted files that are from the last year or so. So if you were looking for the latest movies and TV dramas out there, then you need to keep looking. Albeit someplace else.

However, if you don’t care about the latest content the entertainment industry has to offer, then KickassTorrents mirror website has more than enough content for you to download and archive before it too gets shot down.

IsoHunt employee who has made KickassTorrents partially functional again has said that he hopes this mirror website will give people enough time to download their favorite content which they might not have been able to save in the past.

Because there are no forums on the mirror website, if the links that you download do not work then you have no place else to register a complaint or call for help. The forums feature was probably the most sought-after feature for KickassTorrents, but now users will have to make do without it.

The isoHunt employee that was responsible for the mirror site also came out with a manifesto of his own in which he described the arrest of Artem Vaulin (the owner of kickassTorrents) as an unjust act.

There is little doubt that torrent sites do harm artists and content creators who work independently and rely solely on ticket sales to put food on their table and a roof over their head (big studio movies and TV programs virtually remain unaffected by illegal downloads and only complain because they want more profits from their “products”), but no one should disagree with the fact that torrent sites are not the main issue in today’s world.

IsoHunt’s employee was of the opinion that in a world where terrorists are killing innocent people around the world and global corporations are swimming in money while the vast majority of world population is ridden with death, destruction, famine, and disease, it makes no sense for authorities to spend so much capital on hunting down torrent site owners.

He also stated that the money and resources spent on the arrest of KickassTorrents owner would have been better spent on solving the political problems that the world is currently embroiled into.

IsoHunt, on the other hand, have stated that they will back Artem to the bitter end.

And interestingly enough, this isn’t the first time IsoHunt has come to the rescue of a banned torrent website. A couple of years ago when The Pirate Bay was taken down by police authorities in Sweden, IsoHunt got itself involved in the situation and quickly created a mirror site for Pirate Bay as well.

The Pirate Bay has been consistently helping other pirating community members by backing up their content.

However, in The Pirate Bay mirror website case, IsoHunt was able to restore a full functioning website. It was such a complete mirror site that users were even allowed to upload new content without any problems. 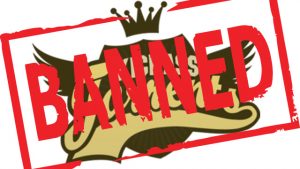 If you want to support KickassTorrents, then sign the change.org petition. At your own risk that is.

This time, the IsoHunt team has said, it won’t be the same. The KickassTorrents mirror is nowhere near what you would call a well-built website and the IsoHunt team itself remain in doubt of how long they will be able to keep up the mirror website.

They have, however, managed to create a pop-up on the new website for users who access the website in order to make them privy to the situation and the problems with the new mirror website.

If that wasn’t enough of an effort from isoHunt already then the team at isoHunt is also motivating other pirate websites and users to support KickassTorrents website owner Artem Vaulin.

The team has created a petition on change.org which calls for the protection of basic human rights for the pirating community and specifically Artem Vaulin who has been put into prison.

The chances of the petition evolving into something meaningful are slim to none because even if the torrent site community is huge, there would be very few people, if any, who would be willing to go public in their support for Artem Vaulin.

It must be said, however, that if the petition reaches 100,000 signatures within 30 days then the US government is more than likely to come out with an official response on the matter.

As a final reminder to the readers; you should remember that if you sign the petition to support the aforementioned petition, then you would identify yourself as a piracy condoler and that could, in theory, at least land you in trouble in the future.

Think before you act as nowadays you never know what data, organizations like HSI (Homeland Security Investigations) might get their hands on.

If you want to take that risk, then, by all means, go ahead and sign the petition. But you have been warned.