There are many stories to tell from the front lines of war. Battlefield 1 will tell many.

The Battlefield 1 singleplayer mode will feature a number of “war stories” from a wide range of protagonists.

Whilst the spotlight has been put on the Battlefield 1 multiplayer, the singleplayer content in the game is still getting all the love it needs behind the scenes.

Recently, DICE revealed more information about the solo portion of the game on their official blog. Whilst most FPS games have a story that puts you into the boots of one single protagonist, the latest title from DICE will let players play out a number of stories from differing characters.

The missions in Battlefield 1 will be known as “War Stories.” Each mission will have it’s own story, own set of characters and own separate objectives. To make the entire experience more interesting from a gameplay perspective, each protagonist will also have their own set of special abilities and equipment. 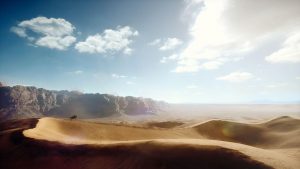 Each protagonist will also have their own set of special abilities and equipment.

There are many stories to tell from the front lines of war. By choosing to split the singleplayer into multiple stories, we may get a much richer storytelling experience that showcases the true effect of war on a more personal level. This is at least DICE’s outlook on things.

In the latest blog, DICE wrote, “While our characters are at war, the stories in Battlefield 1 are personal. They’re about people rather than history or battles.” 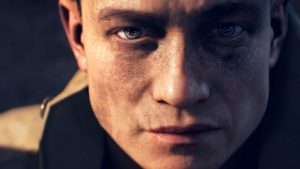 DICE wrote, “While our characters are at war, the stories in Battlefield 1 are personal. They’re about people rather than history or battles.”

For example, the ‘Friends in High Places’ war story will focus on a British combat pilot.

With odds of survival low, the intense firefights that will take place in Friends in High Places will bring together a sense of family and friendship between the pilots that the protagonist fights alongside.

In one of the War stories, you’ll be able to play as an an Arab rebel that is, in the story at least, Lawrence of Arabia’s right hand man.

The character you play in this war story will use their skills to scout out areas and collect equipment needed to take down an armored train in a final showdown.

The amount of war stories or missions in Battlefield 1 hasn’t yet been confirmed, but it’s likely that the initial five war stories that have been shared on the Battlefield website are just a small sample of the full game content.

Alongside the promotional war stories content, a new singleplayer trailer has been published to the official Battlefield Youtube channel. The trailer can be seen below.

With this kind of approach, DICE may even decide to release future war stories as DLC content. Whilst the premium pass page does mention that there will be four expansion packs for Battlefield 1, the full plans for each of those expansions haven’t been outlined, so future solo content is still left as a possibility.

The first expansion pack will be named They Shall Not Pass and will be released on March 2017.  Each expansion pack including the first, is said to include new armies like Russia and France, 4 multiplayer maps, new operations and game modes, new elite classes, 5 new weapons and new vehicles.

The first expansion pack will be named They Shall Not Pass.

Besides the various stories told throughout singleplayer, DICE has put a lot of effort into making it possible for players to make their own “stories” in multiplayer. Because of the dynamic environments and destructible terrain, the experience on each of the Battlefield 1 maps will change drastically.

With the new level of destruction in Battlefield 1, DICE hopes that players will be sharing their moments and stories with friends outside of the game.

Battlefield 1 will launch on October 21 for PlayStation 4, Xbox One, and the Origin store for Windows PCs.

Ollie
Ollie Green has been writing content on the web for just over 5 years. Starting in 2011, he found himself in love with writing about topics he was passionate for in a mobile phone forum. Quickly after, his new-found passion lead to a dream job he's still shocked to have even to this day.

Latest posts by Ollie (see all)
« [Previous Article]
[Next Article] »