Recently, there has been scrutiny within the Overwatch community wherein a particular fast-talking (and faster time-travelling) ex-pilot was reported to show a lot of her “behind” when doing a certain pose. The character in question is Tracer, and one of her winning poses, called “Over the Shoulder,” showed the dual pistol-wielding hero with her back against the screen. There were fans of the game that were against the pose, and Blizzard has taken it down. Now, the pose was changed albeit still sharing the same name. 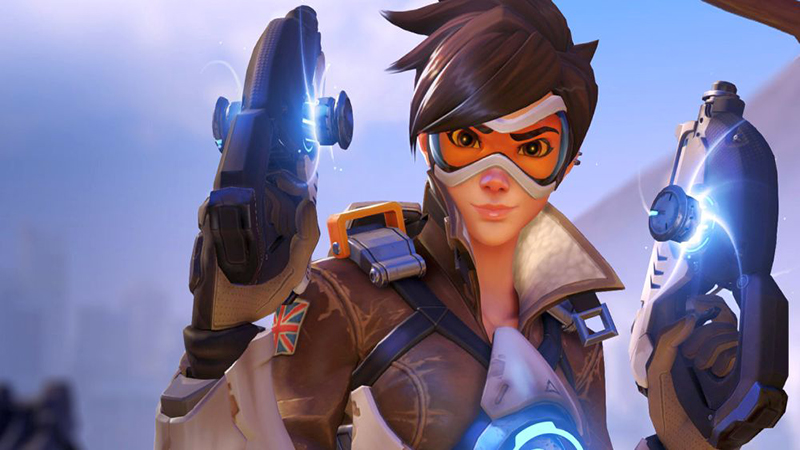 During the beta test running of Overwatch, it kicked off a lot of buzz, but not the kind the crowd-pleasing kind. It all started when a fan posted about the pose in the game’s community forums. He stated that he did not like the aforementioned pose and it brings about the continuing issue of oversexualizing characters in videogames. What followed next was that the particular forum thread was split apart between those who are for and against taking down the “Over the Shoulder” pose.

When Blizzard took note of the feedback, they listened and they went in favor for taking the pose down. They explained that it would be better for “everyone” within the community will get to enjoy the game the way it has to be experienced. After all that happened, the people around the world went about their daily lives and now the developers came back with another pose for Tracer.

Still labeled as “Over the Shoulder,” the Overwatch victory pose makes a return, but this time with a lesser view of her posterior. Furthermore, it even shows a more appropriate happy-go-lucky nature that is equal to the character doing said pose.

Overall, Tracer is still a woman wearing a skin-tight outfit, and there may or may not be a good reason why Blizzard made the Overwatch hero to look that way for her default design. It could mean that the outfit grants her more mobility since she is of the agile type, or perhaps she just really looks good that way. Nevertheless, the value of this whole issue is probably lost for those who were against in removing the original pose. However, with a gaming company as big as Blizzard that can listen to all types of players in relation to topics such as the oversexualization of characters, then this is a small victory that may be worth celebrating.