Blizzard Entertainment’s Heroes of the Storm has been known to call in various characters from the developer’s line of games into this particular multiplayer online battle arena (MOBA) title. This time around, the title brings in a hero from Overwatch, and it’s the fast-talking (faster time-travelling) Tracer. She will be joining the “cavalry” this April. 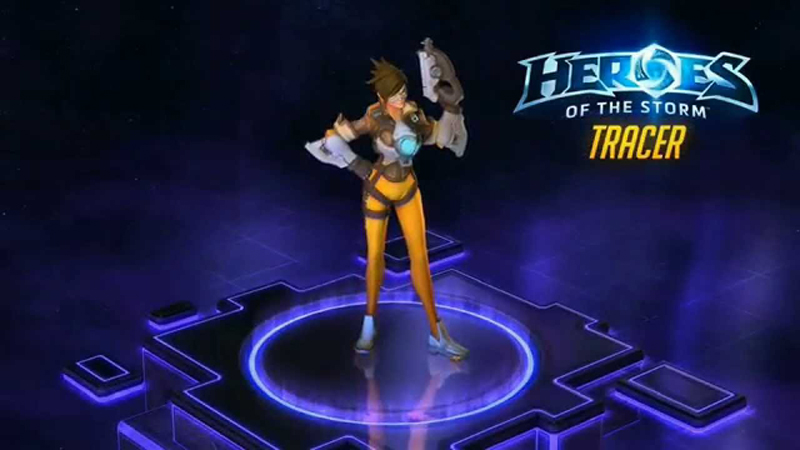 Heroes of the Storm Gets Tracer This April

IGN Latin America managed to get Dustin Bowder, game director for Heroes of the Storm, to spill some details about the dual pistol-wielding hero. In this game, Tracer is designated as a Ranged Assassin and she is a very agile one at that. She is a hero that can shoot while moving, and has access to her Heroic Ability even at level 1.

Her trait is called Reload, in which it will allow her to do basic attacks while moving around. This Trait can be activated as well to reload her guns in 0.75-seconds. Otherwise, she will automatically reload her pistols once all of her ammunition is spent. Just like in Overwatch, the ex-pilot (who can now manipulate time) has her basic attacks heavily reliant on her ammunition.

For her Q ability, it’s called Blink. Again, just like in Overwatch, it allows her to do a quick teleport-style move that has 3 charges. The cooldown once all charges are spent will last 6-seconds. As for her W ability, it’s called Melee. Tracer will then go close range and will pistol-whip an enemy right in the face. Should she hit a non-hero with this ability, her Heroic Ability, called Pulse Bomb, will be awarded 5 charges.  If she hits a hero with Melee, on the other hand, it will give Pulse Bomb 10 charges instead. The cooldown for Melee lasts for 8-seconds.

Recall is the name for her E ability, and it will send her back in time. Doing so will return Tracer to where she was standing 3-seconds prior to the activation of the aforementioned skill. Other benefits of the move include invulnerability for 1-second, an instant reload to her ammunition, and it also removes all debuffs. However, it has a 30-second cooldown so be sure to use it only when the situation calls for it.

The Overwatch hero, now also a Heroes of the Storm one, has only one Heroic Ability (R) and it is called Pulse Bomb. Also, as mentioned earlier, it will be available even at level 1. Tracer will throw a bomb that will adhere to a target, then will explode after a few seconds. The explosion will cause AoE damage, or two times the damage towards a single target. Damaging enemies with other attacks and abilities will give Pulse Bomb charges, and 100 charges are required for Tracer to use it.