Dream Machine: The Game is an optical illusion puzzle game that is alike to Monument Valley, but aside from the Escher-esque optical illusions, the mechanics, design, and even the other aspects of aesthetics of the game provides something that is completely different. 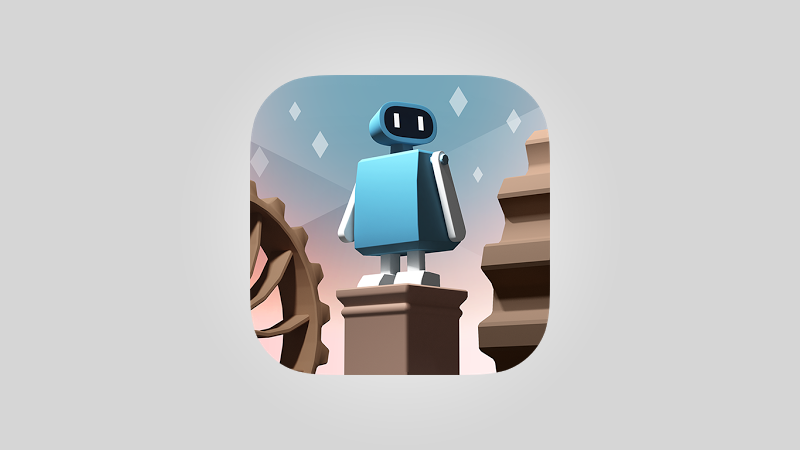 Players Might Think That Dream Machine: The Game is Another Monument Valley Clone, But It’s Not

The player might immediately notice that unlike Mountain Valley, Dream Machine: The Game is colder, more industrial, and much more cubic. But as the game progresses, the colors spread themselves as well. The game will encounter gears, piston, wheels, other hazards, and death a forthcoming threat.

Another noticeable difference is the constant movement in the game. The player will play as a little wind-up doll looking robot that is always moving. Timing will be needed in both avoiding hazards and in being on the right moving part at the right time. The player can tap the robot to do a 180 degrees turn, or tap an empty space in the level to make it stop moving.There will be enemy robots patrolling back and forth in the later levels of the game. The player will have to move parts of the level at an appropriate time to make them step on switches and change the setting.

The first three chapters of Dream Machine end in boss “fights” of sorts, still plenty of puzzles, all against mechanical toys.The fourth and final level of the game ends in anoutrageously frustrating looking puzzle in which the player actually had to control two robots.The difficulty of the levels may be inconsistent, which is full of head-scratchers wherein the solutions are not directly clear. One example for this is it has the player working his way up to the top of the level while a bad bot is working his way down, and he have to figure out how to get past the enemy robot.

There are some bugs in the game which makes movement a little buggy in general.  There are times when the robot might clip through certain surfaces. Chapter 4 is by far the buggiest chapter in the game. There is a bit of replayability on offer through the leaderboards and upgrade system. As the player completes levels, he’ll get parts and level up.The player will either get a shield to survive hazards or will increase his speed. Memorizing a level and discovering the best points to deliberately use the shields to shave a few seconds off of the time can be fun, but it definitely feels a bit light, or a bit appended on.

Dream Machine: The Game is definitely significant of Monument Valley, but its tones and mechanics of each differ greatly, the former lacks in polish. That aside, this is definitely a game worth playing for only a dollar.