Auroma One boasts app control and Wi-Fi connectivity. The coffeemaker aims to deal with the problem of the web-connected java brewer to be nothing but a pipe dream. It is equipped with its very own burr grinder, water reservoir, and internal thermometer. It can regulate the flavor of beverages with variables. For instance, it can adjust the flavors of the drinks by monitoring the grind size of the beans, the precise ratio of coffee to water, and the brewing temperatures. The company is saying that users will be able to adjust these factors to add texture, bitterness, and even their desired caffeine level. 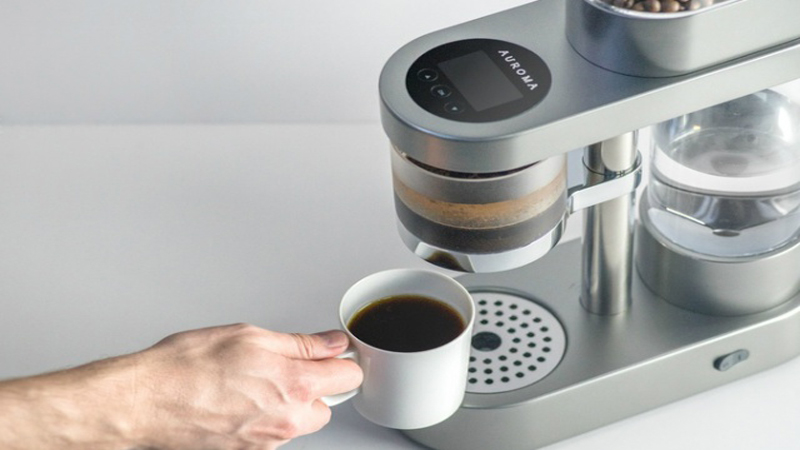 Meet the Auroma One, The Learning Coffeemaker

It is said that the Auroma One will be able to learn from coffee preferences being programmed into it over time. It will then use those settings to whip up its next cup or for the next batch. Auroma also claims that the device will eventually be suggested a range of coffee types, roasts, and blends. This will all come from an extensive library of purveyors. This is similar to the masterminds who have created the Teforia tea maker, but only this time it’s for coffee.

All of the functions can be handled at the comfort of your bed right before you go to your kitchen. The dedicated app is said to be launched for iOS devices first. Therefore, Android users may have to wait a little while longer to get the app into their devices.

When looking at the features and specs on paper, the One sounds great, but herein lies the problem as well. Despite claims of the coffee brewer having the smarts, the promise of an Internet-connected coffee machine has yet to be made into a reality. There are literally a lot of examples of concept Web-based platforms for coffeemakers found in the Internet, and probably all of them have all been stuck in development hell.

The world’s first legitimate smart coffeemaker, the Mr. Coffee Smart Optimal Brew, turned out to have poor performance for its primary function. Hopefully, the One won’t be stuck in development hell for the rest of eternity; and if it does make it out into the world, let’s all hope that it won’t turn out bad. In fact, many are hoping that this may be the last coffeemaker they’ll ever buy.

If you have found the Auroma One appealing, then you’ll have to wait as the coffee machine is expected to arrive in stock no sooner than September of 2016. That’s a long time considering you have to wait even for your most magical of coffee beans.