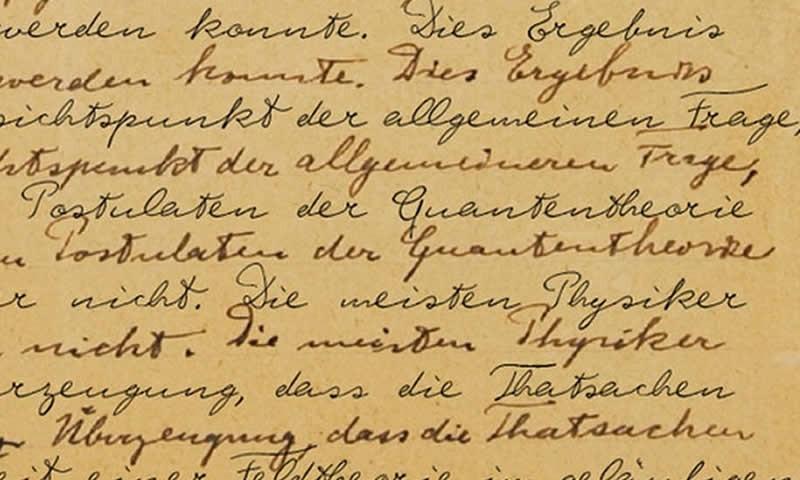 How great it is to use a font that is inspired from a handwriting by one of the world’s most popular geniuses? It is indeed a pleasure. Although it will not make you smarter by any means but it will allow you to type up documents as if written by no other than the legendary Albert Einstein.

Albert Einstein, is a German theoretical physicist his handwriting was unique an extraordinary calligraphy that borrowed elements from both the Latin and Kurrent, an old form of German handwriting based on late medieval cursive. Have you ever thought of being able to use it one day? If yes then it’s here and it is a font that you can readily use for your documents this will not be made possible if not because of Elizabeth Waterhouse a physicist and of course Herald Geisler, a German typographer.

The public reception to Albert Einstein’s handwriting as a font.

The handwriting of Albert Einstein impacted the public with great appeal. The initial goal to hit should be $15,000 yet with over a month still left the Kickstarter campaign already hit the goal. In line with this the font is scheduled to be released later this year which is appropriate, as 2015 is the 100-year anniversary of the Einstein’s first unveiling of his General Theory of Relativity.

Some Basic Facts About Herald Geisler and His Works

In his own words the German typographer said during the release, “Although typography has progressed from techniques of manufacturing material letters for the printing press in the 15th century to the art of digital lettering, the assortment of handwriting fonts available today do not actually appear like genuine handwriting,” he added, “If you look closely, the scripted letters are repeated without variation — nothing like the actual art of writing with a pen or pencil.”