It is said that imitation is the sincerest form of flattery, assuming that’s true then WhatsApp, the highest valued chat app, should be proud to be the

Mark Zuckerberg mouthing that WhatsApp Gold is a scam

inspiration of WhatsApp Gold Version not to mention WhatsApp Plus. But they aren’t and it really isn’t hard to figure out why they are not impressed.

WhatsApp users have reported coming across WhatsApp Gold Version ad campaigns on various social media networks including Twitter, Facebook and even on WhatsApp itself. What’s disconcerting though is that the app being advertised is not the real deal!

WhatsApp Gold version (just like WhatsApp Plus) is not associated in any way with WhatsApp Inc. This in itself is an indictment on its legitimacy. But it gets even worse. Many media outlets have warned users that the app’s sole purpose is to infect the user’s device with malware which can be used to track their activities as well as their movements.

Credulous users have been roped into the scam through well crafted social engineering techniques. Some of the features that WhatsApp Gold is claimed to have include:

And apparently all this is just the tip of the iceberg as there are a “ton” more features according to a message that’s been doing rounds on Twitter.

According to the message, you can only download this Gold version only upon invite since you’ll be able to access an exclusive version that hitherto has only been used by celebrities. The message goes on to state that once the app is installed the prosaic green WhatsApp icon will change to gold to indicate your upgraded status. A link is included to the app’s website.

Of course, the first thing that stands out for skeptics is the link itself as it does not point to Google Play Store but rather goldenversion.com. The other thing is that the website doesn’t even have WhatsApp in its domain name.

WhatsApp Gold version is reminiscent of WhatsApp Plus another permutation of WhatsApp which is rumored to keep a record of messages sent between users. The legitimate WhatsApp app doesn’t store messages in its servers and deletes them as soon as the message is received. But many people must have fallen for it as the WhatsApp team went as far as to publicly disown it on their website’s FAQ section. 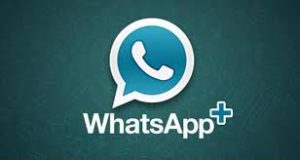 Also, WhatsApp blocks any user who has installed the Plus version on their device. Even after uninstalling the Plus version you have to wait for 24 hours before you install the authentic WhatsApp.

WhatsApp has made it abundantly clear that they will never ask a user to download or upgrade a different app.

There’s also another con this time around, WhatsApp 4G scam. Yes, I know, it sounds bizarre, but people apparently fall for this kind of thing. This WhatsApp 4G download is claimed to have near-magical features such as:

So there you have it! Keep away from WhatsApp Gold, WhatsApp Plus and the new 4G WhatsApp download.