The Panasonic Eneloop Solar Storage System aims to bring lighting to areas around the globe that are without light and portable power. This is because of the reality that is a fifth of the world’s population has only a erratic amount of access towards electricity. The company is planning to lower that number with its latest offering. 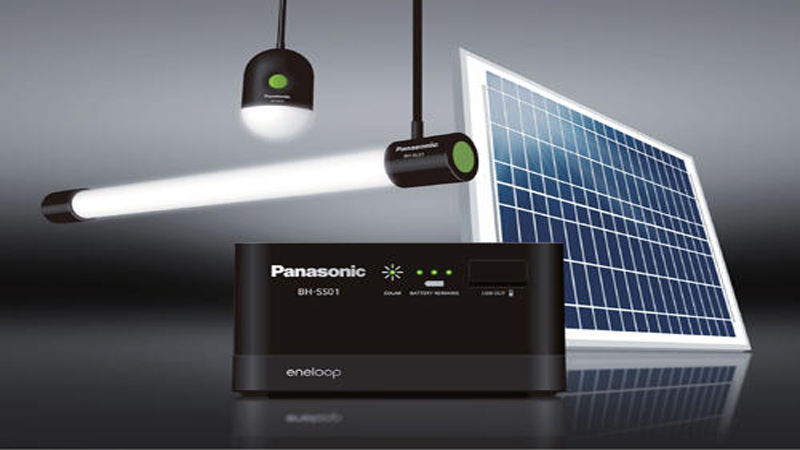 The Panasonic Eneloop Solar Storage System acts as a source of power for LED lights and small devices. It is also designed for regions that have little, or even no direct access to electricity.

The system is powered by Panasonic’s nickel-metal hydride battery. This battery will store solar cells during the day which will then be used to convert energy. The energy will then be used to power devices such as lights, heaters, or even TVs. It also comes with a storage unit that is equipped with a USB socket. Using said socket will allow be able to charge three fully depleted smartphone batteries.

The company is planning to ship the Eneloop Solar Storage System to many areas around the globe, including Myanmar, the Philippines, Thailand, Indonesia, and Vietnam. The tech giant also plans to ship the system to African countries, namely Ethiopia and Tanzania.

According to the International Energy Agency, there are around 1.3 billion people across the globe who do not have sufficient access to electrical energy. There are still many places on this Earth (particularly in sub-Saharan Africa and other areas within the South East Asia) which rely on lights and power that are fueled by kerosene lamps and diesel fuel generators. These power sources can cause various health risks when handled poorly and improperly. For more impoverished locales, even these devices to have light and power comes as an immense luxury. These are the problems that Panasonic is trying to quell.

The unit will come with two types of LED lamps – one is a 1.5-watt bulb and the other a 5-watt straight tube. The expected lifespan of the system should be approximately five years of use. A full charge will be about 5 hours when the unit is placed in direct sunlight. This is due to the high-powered solar panel.

The Panasonic Eneloop Solar Storage System is built to last harsh weather environments. It is dust and spray proof as well. Even though dust may accumulate, the system can withstand internal interference of dust accumulation which may otherwise cause the device to malfunction. The unit is also expected to resist water sprays, which will include rains, of course.