Even though the Sennheiser IE8i may not be the type of headphones that can grab plenty of attention just by its looks, its audio performance can say otherwise. To start, it has a sound profile that will make bass lovers scream for joy. It has deep, punchy bass, but that doesn’t mean other parts of the spectrum are blown to bits. Vocals are still solid, and other frequencies are still delightfully laid out. But perhaps what sets the headphones apart is it has customizable bass levels. 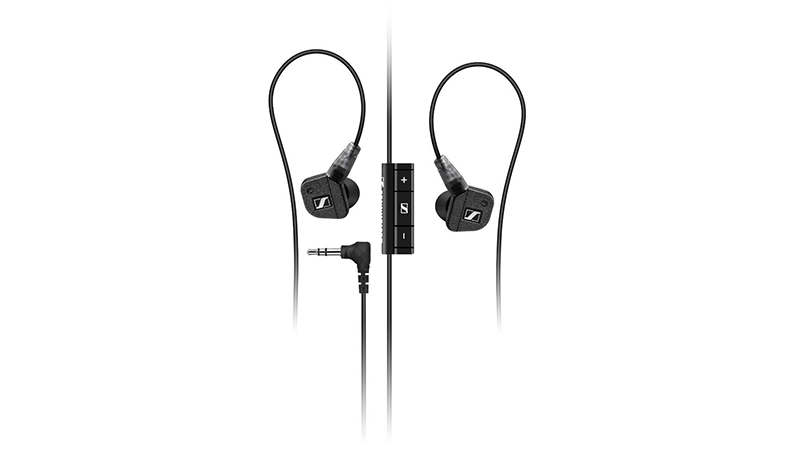 The Sennheiser IE8i Brings in Deep, Punchy Bass Into the Market

Placed at a pretty steep price class, the Sennheiser IE8i immediately becomes a direct competitor to some of the best non-custom earphones in the world. These include the Etytomic ER4P, the Klipsch X10i, and the Ultimate Ears Triple Fi 10 Pro. But unlike other IEMs found with a similar price tag, it uses dynamic drivers instead of other earphones that would use balanced armature drivers. Therefore, it supplies a different sound profile than some of its rivals. Overall, this brings the comfort levels down a bit but it is not a definite deal-breaker.

Its strong build quality is supplied with a near-indestructible plastic case. Underneath the plastic is even more plastic and foam. It might be a bit too excessive, but it clearly means that the headphone can take some serious amount of damage before going kaput.

Even though the IE8i is not the most attractive headphone on the market, it does have one design element that many would love – a removable cable. Should the cable be lost, a replacement cable can be purchased but it is not that cheap. However, said replacement cable does come with a microphone housing.

Because it uses dynamic drivers, its sound signature brings a warm and bassy response. The bass frequencies are bold but they are taut, well-behaved, and deep. The magic that the German company has brought into the headphone weaved a healthy low-end performance that is still kept in-check. Ultimately, it provides excellent separation and a truly wonderful sense of space.

The Sennheiser IE8i shows audio-enthusiasts that it does not need six drivers to produce a deep sound profile. Using dynamic drivers to achieve its audio signature, the low-end parts of the spectrum are more prominent than many of its rivals. As such, those who prefer warmer, deeper, and a more bassy sound, then perhaps your search for the right sounding headphone is at an end.