The South Korean tech giant is learning as the Gear S2 is one of their finest wearable tech to date. Samsung has been failing quite a bit on the smartwatch market when it comes to being bestsellers, they decided to revamp their wearables into something more pleasing to the touch and to the eyes. The new watch is a Tizen-powered device that finally has a round screen. The interface has a satisfying rotating bezel that does not rely heavily on taps and swipes towards the watch’s face (as compared to its competitors). However, it should still be noted that this smartwatch is still far from perfect, but it is still a great one to have despite some flaws. 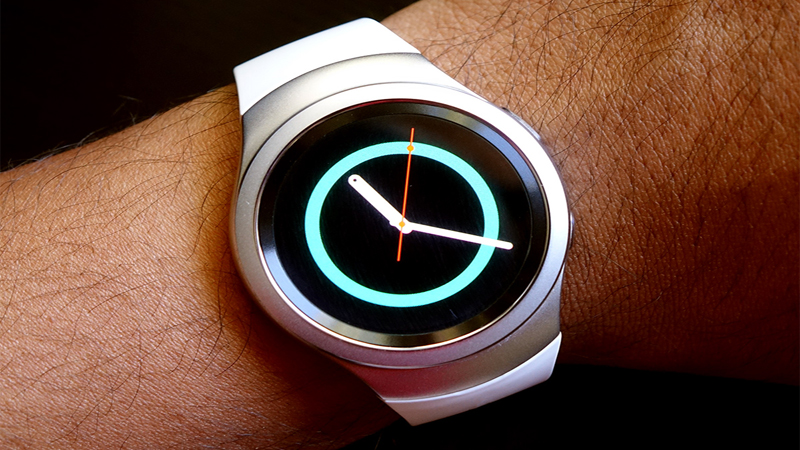 The Gear S2 packs an elegant and powerful interface. This is all made possible by the rotating bezel. Along with the respectable battery life, this smartwatch does mean business in the wearable tech market. However, since the watch is powered by the alternative Tizen OS, users must have to deal with a smaller ecosystem of apps for the moment.

On the back of the Samsung Gear S2, users will find a heart-rate sensor, along with an easy access to two quick-release latches for the watch’s band. While the band has a premium look and feel, it will get complicated if you want to do away with what Samsung has to offer out of the box. In other words, purchasing third-party bands to securely fit this smartwatch is not easy.

The display on the watch is beautiful with a 1.2-inch, 360 x 360 screen. It is a pixel-dense display that has a lot of bright and poppy colors. Contrast is abundant as well, which is great as taking the watch outside won’t let sunlight or other glares hinder with looking at the watch’s face.

Taking a look at the internal specs, the smartwatch has similar to offerings with other similar devices on the market. It has a dual-core 1GHz processor with 512MB of RAM. It also has better connectivity than most other smartwatches. The device has a Wi-Fi radio to keep the notifications flowing, even though the watch is not connected via your smartphone through Bluetooth.

While the Gear S2 is indeed a cut above the rest, it still feels like it lacks in certain areas, specifically with the limited app selection. The vibrations for the notifications also feel a bit weak. Other than these, the spinning bezel, solid battery life, and minimal looks make this a must-buy if you’re ever in the market for a great smartwatch.