If you want those overhead shots without having to actually throw your phone into the air, then consider getting the PhoneDrone Ethos. This is a remarkable device that gives your smartphone wings, so to speak. You can place your iPhone or Android phone into the allocated slot in the drone and control it like an autonomous aerial camera. 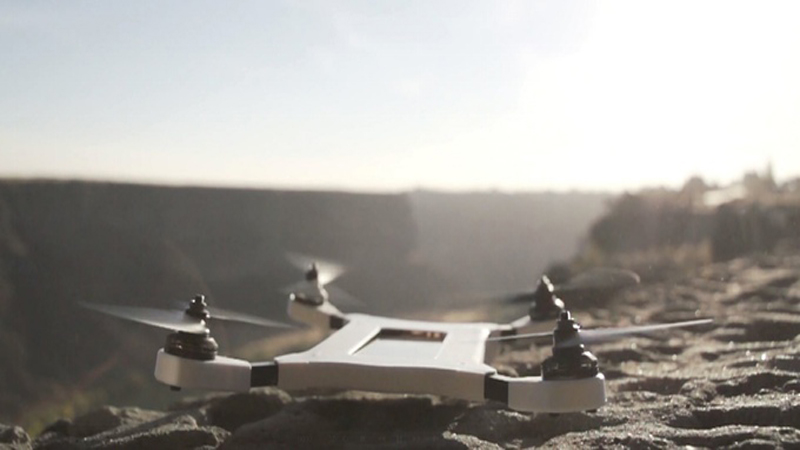 Give Your Smartphone Wings With PhoneDrone Ethos

The PhoneDrone Ethos is a revolutionary product when it comes to taking those much needed (or wanted) overhead shots with your mobile phone. But why is this revolutionary? This is due to the sensor, processor, and wireless capability of the smartphone to bring a powerful, cloud-connected aerial vehicle that houses your handset. What’s more is that the cost of getting this drone is only a fraction of what you’re supposed to spend on a typical drone.

With the PhoneDrone Ethos Smartphone Drone, you can take advantage of a wide array of powerful features. These include a camera mirror, a built-in charger, and a versatile compatibility since it can be used with both Android and iOS phones. In fact, it can even be used with the Apple Watch.

This special smartphone drone is compact and does not take up too much space inside a bag. Therefore, it provides little hassle when carrying it around during travels. Furthermore, setting it up does not take any kind of Rocket Science degree. Using it is very simple there is no drone experience required to operate it.

If you’re worried that your phone might fall off the drone while still in flight, don’t be. There is a protective universal mount that will make sure that instance does not happen. Your phone will be cradled inside a protective neoprene sheath that also provides vibration isolation and will pose as the ultimate shock protection.

Speaking of vibration isolation, since the phone is steady inside the drone, even when its flying about, you will be able to capture steady videos with multiple angle camera views. Built with the same design as those from a full-sized aircraft, this placed a redundancy towards the drone’s hardware and software. But don’t think about this is a bad feature; in fact, this helps backup systems take over if in case primary systems fail. This will bring the drone, and your phone, back home safely.

The team behind the PhoneDrone Ethos will also release the PhoneDrone Controller API for developers to create apps that will be compatible for the device.