MLB Manager 2016 is the portable version of Out of the Park Baseball, the most awesome baseball management game ever made. It is similar enough to its ancestor to leaving the players wanting just a little bit more. 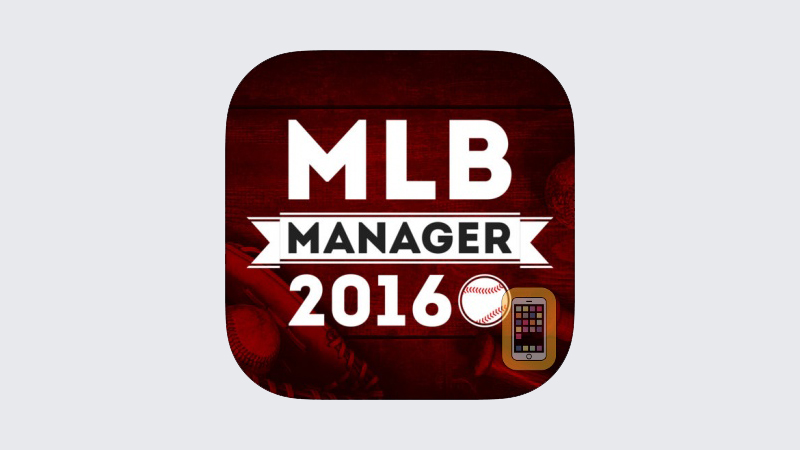 MLB Manager 2016 offers a marvelous amount of flexibility with the way how the player wants to stimulate the sport. The player coach can jump right in and take control of a team in the upcoming real life season, make whole fantasy leagues with auto-generated teams as well as their players, or he can just simply dive into a historical season from any era of baseball history. The player (coach) can easily change any major rules during the league setup to his preference.

The in-game Sims style will be familiar to anyone who’s played an OOTP title before, with an impression of the diamond and the names and key defensive ratings for the players in the field.The hitters have their contact and power ratings presented. A quick menu allows the coach to see registers, box scores, and many more at any time.

As a general manager in MLB Manager 2016, the player can propose trades and run the rookie draft mid-season as well as manage a complete minor league system. Some of the trades proposed were a stretch, but this has improved some from past iterations of the game. The player can reject or counter trade proposals, and of course can reach out to other clubs with his own offers.

One game of baseball can be played in about 15 minutes, with the default option to only play out the key pitch of any at-bat, and while still giving control over strategic option available to a real life manager at any time. The action is conveyed via a text-based play by play announcer, with some flavor bits thrown in from time to time.

The realism of the game is pretty extraordinary, with a complete financial system, minor league rosters, and all the whistles and bells that is found from an OOTP game. Everything feels a lot faster and more responsive thank in the previous version. But that doesn’t take away the fact that there are no major new features included, causing a game that is materially the same as its ancestor except for new rosters for 2016.

MLB Manager 2016 is a must try game, considering the player is enjoying baseball Sims. There is no finer example in its genre out for mobile, and it ranks among the best of any mobile sports Sims.