The Blaze Tab is an Android tablet that is built for mobile gaming. But instead on focusing too much on hardware performance, this mobile device features physical gaming controls so you don’t hinder the screen with your hands and fingers. But that does not mean that the hardware specs are a pushover. At its core, it is powered by a Rockchip RK-3188 chipset, 16GB of internal storage, a microSD card slot, a 7-inch touch capacitive display. The front-face camera could be better as it is only a 0.3-megapixel snapper, but that is forgivable since this unit is not built for taking selfies but rather for mobile gaming. 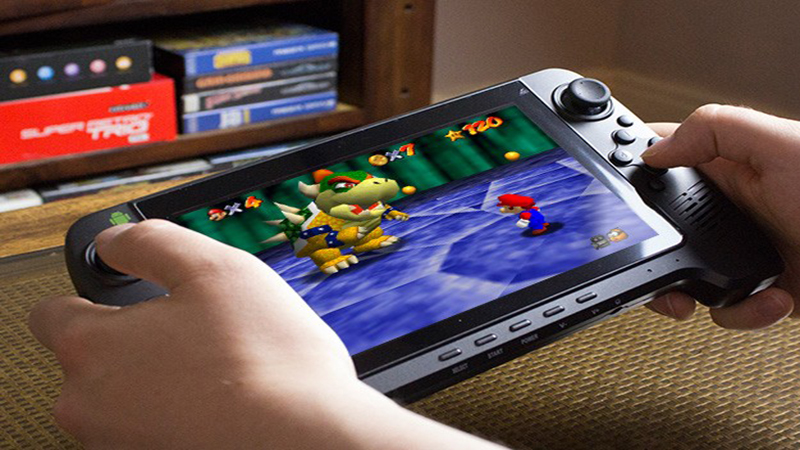 The Blaze Tab  is powered by the Android 4.4.4 operating system and capable of running all your typical apps. However, what separates this slate from the rest is the inclusion of the dual analogue sticks, a D-Pad, buttons, and shoulder triggers. This means that you are able to play with a whole slew of games with the right kind of controls rather than touching on-screen buttons that would otherwise hinder your gaming performance. A cool addition here is the HDMI port so that you can hook up the tablet to a TV if you want a larger screen to play around with.

Looking at the specs on paper, you might probably think that this is just an ordinary Android tablet out there. The key differences here are the addition of the physical buttons and controls along with the 7-inch display that boasts a 1,024 x 600 pixel resolution.

As a whole, the design is made to be more functional than fashionable. However, it is not constructed with the highest of standards; which is, again, forgivable considering its price point. Once the screen is turned on, it is possible to see some light bleeding from the casing. This adds to the feeling that the device is very lazy-manufactured. The casing is made out of cheap plastic, which signifies the low price point even more.

Powering the device will give you a dedicated emulation section which leaves you no doubt that the main selling point of the Blaze Android Tab is indeed for mobile gaming. More specifically speaking, it is built to let users play retro games. It can handle modern 3D mobile games but the list is not immensely vast as only those that has support for physical buttons will make use of the, well, physical buttons on the unit.

So the question here is, would you get the Blaze Tab? It does commit a lot of sins and performs short when it comes to expectations, but that would be acceptable considering this is an entry-level device made for less-demanding gamers, not to mention its low price tag.