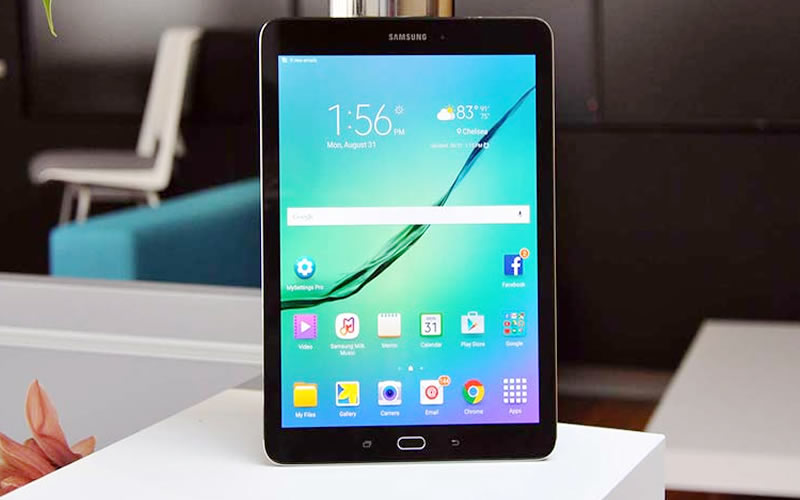 Introducing the Samsung Galaxy Tab S2 which provides fast and feature-full functionalities, all found in a slim tablet. This mobile device from the South Korean tech giant is definitely harder, better, faster, and stronger (cue in Daft Punk music). The Tab S2 picks up from where the Tab S left off. It offers a new sporting an 8-inch display is designed to create a premium experience to mobile tablet fans. There are even talks that this addition to Samsung’s tablet line might even make Apple’s Ipad mini 4 and iPad Air 3 a run for their money.

The Samsung Galaxy Tab S2 and What to Expect

The Samsung Galaxy Tab S2 screams “compact” even though it is in a bit larger scale as compared to other tablets in its market. This is because this mobile device is really thin. It measures only at 5.6-milimmeters in thickness measured from the glass at the front to the flat aluminum rear covering. Simply picking it up is there, but also feels barely there. It can even briefly claim the title “thinnest tablet in the world,” well, until the next one comes in.

Despite it being incredibly thin, there are some problems with the Galaxy Tab S2, especially with its rear 8-megapixel camera. The thing is, the camera lens at the back juts out a bit by a couple of millimeters. What’s jutting out is not the camera itself but a metal ring which serves to protect the lens with a more than decent aperture of f/1.9. While on the subject of its camera, it’s great wide open aperture does make for pretty decent low-light shots. However, there are still better contenders in the market albeit within a higher price range.

Other features include an 802/11ac Wi-Fi connection capability, option 3G/4G access (different model), Bluetooth 4.1 connectivity, a microSD expandable card slot which users can expand the memory to up to 32GB, and a front 2.1-megapixel camera (for those emergency selfies with family and friends).

The Samsung Galaxy Tab S2 definitely feels and performs like what a high-end mobile tablet should, despite having an ultra-slim design and a feathery weight (it only weighs 265-grams). It is 66-grams lighter than the iPad mini 3. Its outer shell material is sturdy unlike what other mobile tablets tend to boast about but does not really deliver. Just about everything about the Tab S2 feels and performs properly expensive as customers will be able to get a refined piece of technology to use.

Where to buy Samsung Galaxy Tab S2 ? We recommend to buy the product from the link provided bellow.