The Panasonic Lumix LX100 is said to be the more natural evolution to the Sony RX100 series. It is a compact device that has a performance equal to that of a portable camera. What sets this camera apart is that it packs better manual control than other devices of its class. Still, at its price point, it does seem to be quite expensive than others. However, you will rarely see compact solutions such as this that has features that are mainly geared towards real enthusiasts. 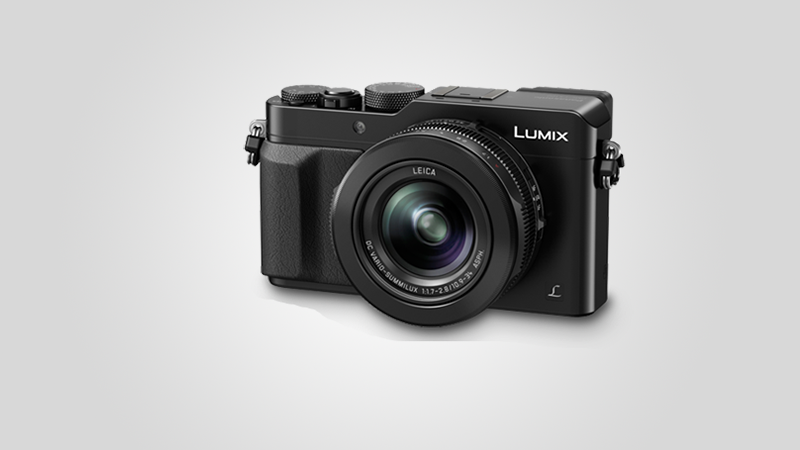 Right from the onset, the first thing you would notice about the Panasonic Lumix LX100 is its size. Simply put, this is a small camera. However, even for its size, it does exude far more credibility that your average compact camera. It is encased in metal, and it has a chunky architecture which let the manual control dials fit right in.

However, even if it is small in nature, it is noticeable and significantly larger than the Canon G7 X or the Sony RX100 III. Obviously, these cameras are the rivals of the Lumix LX100, and the aforementioned two units are more “pocketable” than Panasonic’s offering.

Still, there are benefits to its larger body. First, it promotes better handgrip even for a camera of this size. It offers a slightly more traditional feel than many modern cameras found within a similar size. It also means that there are plenty of room for the unit’s manual controls. For instance, there are dedicated dials for exposure compensation and shutter speed found on the top plate.

There are also controls for manual focus and aperture rings. Speaking of aperture, the lens has an aperture of f/1.7 – f/2.8. This means that the camera does fairly well in low-light situations. When using these manual controls, you will hear definite and satisfying clicks and thunks. It offers a sense of mastery that you just don’t get when thumbing around a directional pad to circle around menus.

It uses a 16-megapixel Micro Four-Thirds sensor and comes with a 3-inch 921k dot display that provides plenty of accuracy when taking pictures using live view. The EVF is also nothing to joke about as it uses 2.36M dots to assist in bringing better quality images. While image quality is great, there are times when images are susceptible to purple flare, especially in the highlights.

With that being said, the main highlight of the Panasonic Lumix LX100 is its manual controls. For a compact camera, it provides better mastery in fine-tuning each shot to your preferences instead of relying on automatic features.