The BenQ MH741 is a projector that has a 1,920 x 1,080-pixel resolution which is appropriate enough to give images finer details. It is complemented by a 4,000-lumen brightness rating which makes it bright enough to project a suitably sized image within a mid-sized to large room. As an added bonus, the unit is light enough so you can carry it around with you. This makes it one of the top items on your list should you be in the market for a high-resolution data projector. 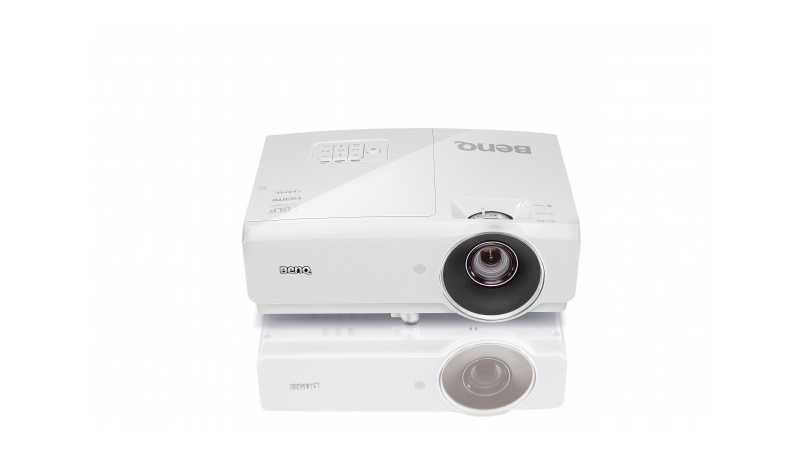 In terms of feature offerings, the BenQ MH741 is broadly similar to that of the Dell Projector 4350. However, Dell’s offering is more expensive. Both offer the same resolution and brightness rating, and they are even close when it comes to weight.

Still, the MH741 Projector is not one without flaws. This DLP-based unit does not offer the same white brightness with its color brightness. What this means is that there are two levels of brightness for color images. When you tweak one, it’s more likely that the settings won’t be balanced and you will be left with a disturbing image that’s either too high or too low in contrast.

Another complication that you might experience with this model is the size of the projected image. It displays at a 16:9 aspect ratio, but since it has varying levels of color brightness, the overall image brightness would be different. In other words, if you move the projector a bit to accommodate for a smaller or larger screen, then you would have to adjust the brightness levels once more.

But when you do get things right, then you are able to experience good quality for projected data images. Simply put, data images are thrown with near excellent quality. Still, the yellows were a little dark in most of the visual preset mode, but this is typical for a DLP projector. Additionally, the reds and the blues were also on the darker side even when on the brightest mode. Again, this is to be expected. What these mean is that most colors in most modes were suitably vibrant and they deliver a satisfying “punch” to them.

Overall, the BenQ MH741 is best suited to be permanently installed in one spot rather than moving it around from room-to-room. Despite its compact architecture, it can be frustrating to tweak brightness levels over and over again.